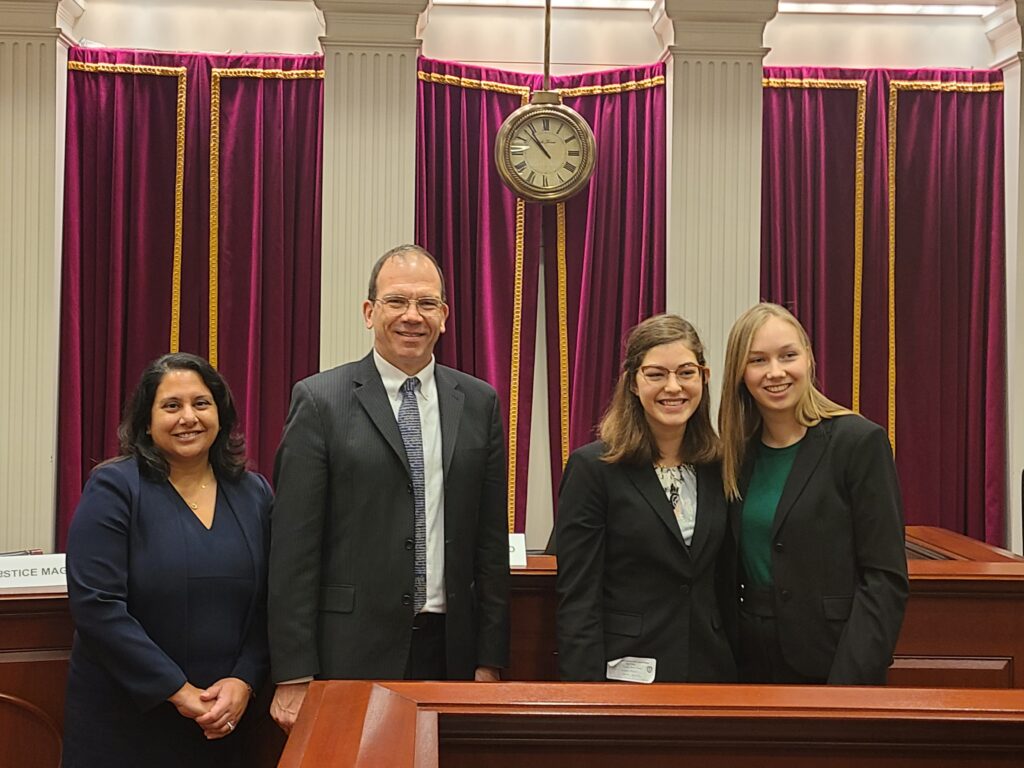 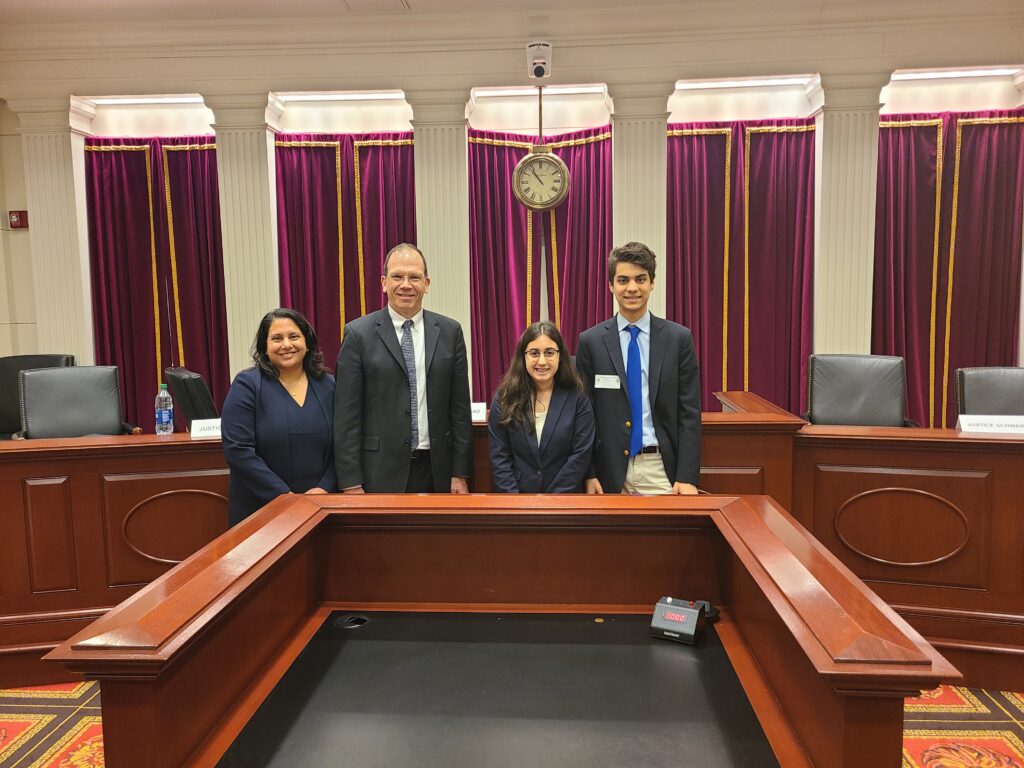 After a well-argued match, the Petitioners narrowly prevailed, and Campbell Collins was selected as best oralist. The students are truly phenomenal, and could participate in any law school moot court competition.

Congratulations to all of the the students, coaches, and parents, who participated. 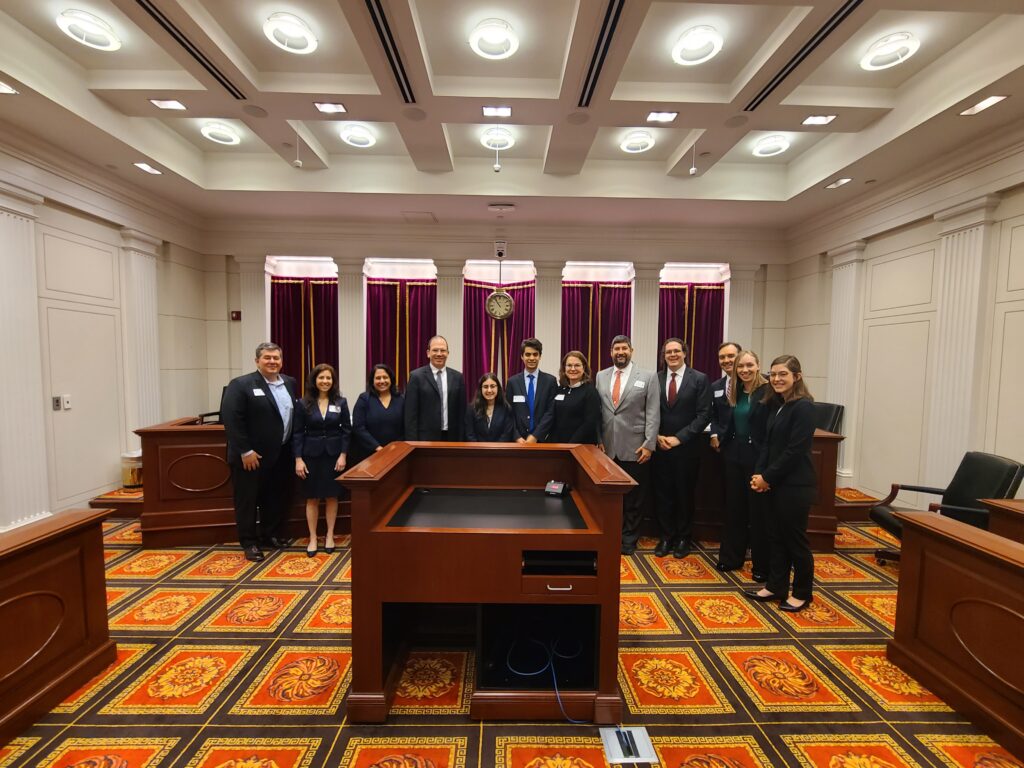 After the argument, we took pictures outside the Supreme Court–thankfully before the barricades went up. 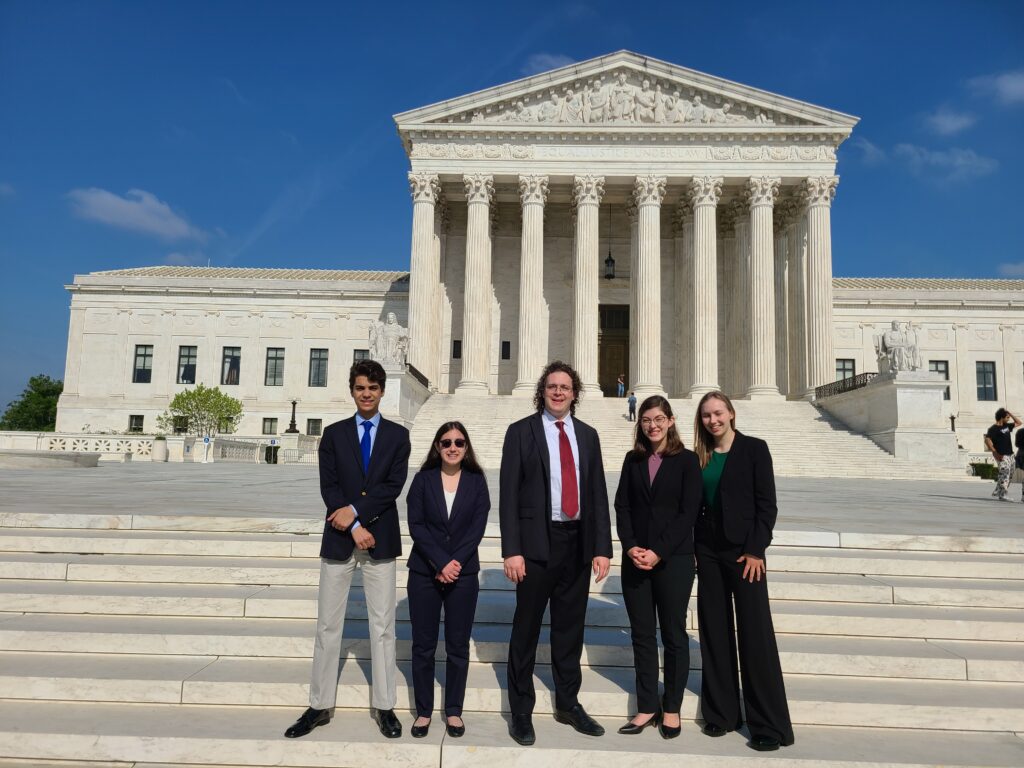 We plan to launch next year’s tournament in August. The topic will be the Harvard and UNC affirmative action cases.